What measurable result can I expect?
This is shown by a study on more than 10.000 participants, followed by a lifelong follow-up of the participants, now for more than 6 years. This study was presented at several international medical and psychological scientific conferences. Below more details about their evolution.
The average stress reduction during the follow up of the program is The average increase in the satisfaction about themselves and their quality of life: 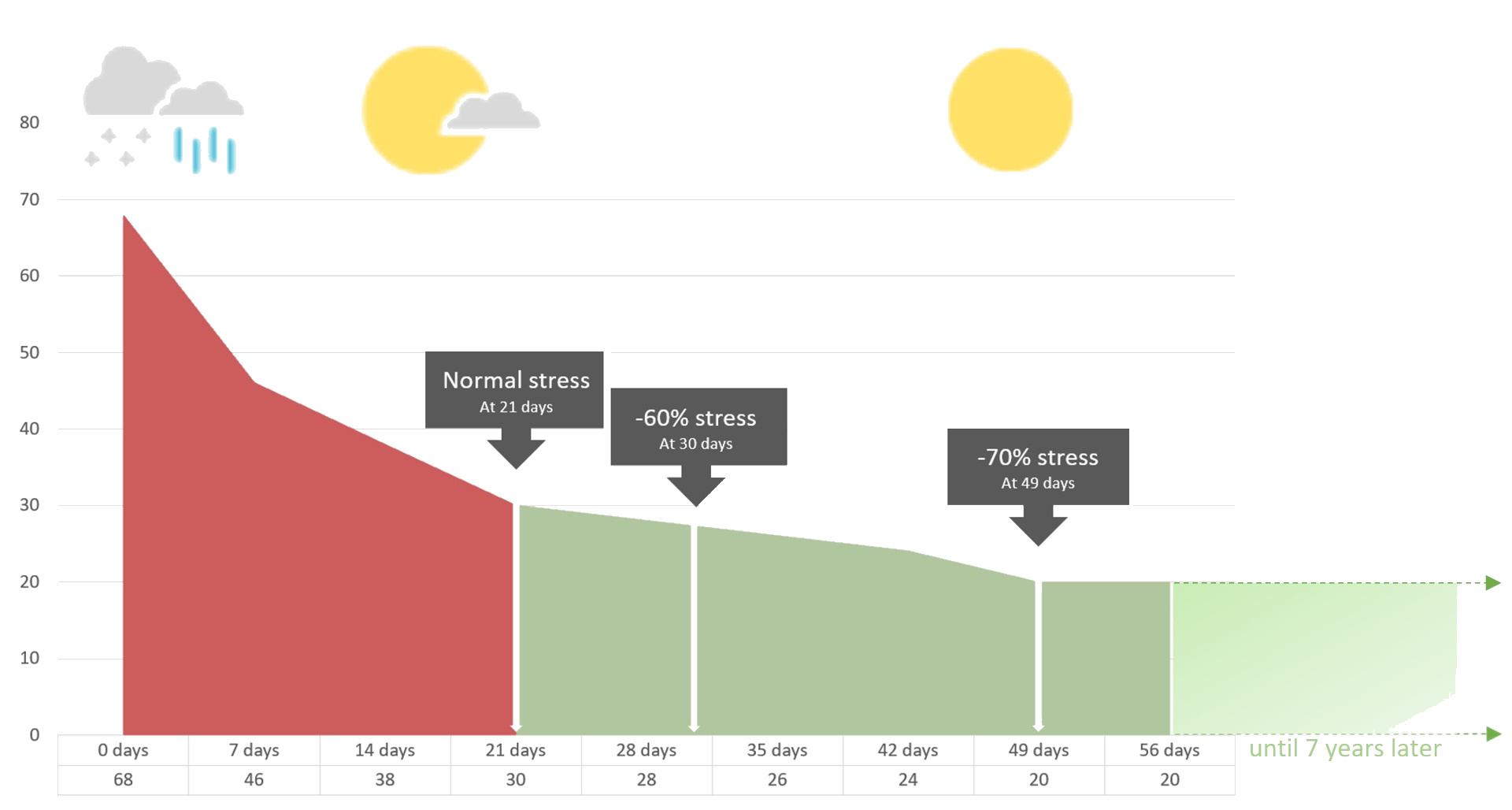 * For the statisticians: These figures reflect the median

How does this practically improve my life?
After a few weeks you will notice that
This is because
You develop a life full of new habits that lead to more joy & satisfaction with less stress or negativity.
How does the online self-help program work?
The program offers you:
How do I get started?
Why do participants and physicians recommend this program?
A few examples For reasons of privacy and professional secrecy, most examples are given anonymously. Some experiences can be found on this website in the form of an interview or video.

Our exceptional and sustainable results have been noted by a.o:
Our online self-help program helps CEOs, celebrities and business leaders as much as students, professionals and other people like you and me to live again the way you want to live. The program was 100% developed by doctors whose calling is to help people live healthy and fulfilled lives.